There is another little dog I need to introduce on this blog, and he is the one who introduced me to the Australian  Shepherd. 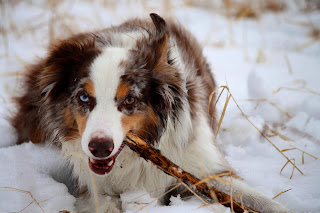 Bocce is a 4 year old, red merle boy from an unknown background.
He is affectionately known as Half-Pint, Boogaloo or just Debauchery when he is being naughty.

Bocce is not the most confident dog and we've been working towards increasing his confidence through Flyball.  It has been amazing to see the change is Bocce within the past few weeks.  His focus is getting better and it is wonderful to see him enjoying a dog sport!

Below is a video of Bocce doing his first full run.  This is the practice where it all clicked for him.
The weekend before, one of our teammates was having to shove the ball into Bocce's mouth to get him to take it from the box.  I am so so proud of him!


Stayed tuned for future Flyball results from Bocce!  If all goes well, Bocce will run in his first Flyball tournament in the middle of February.   :) 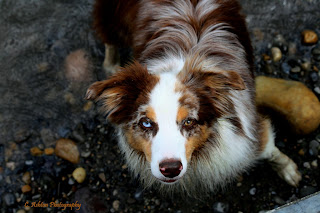 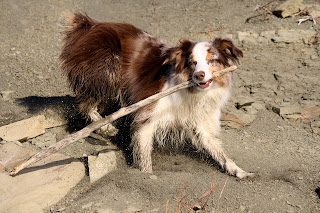 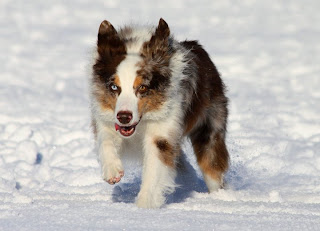 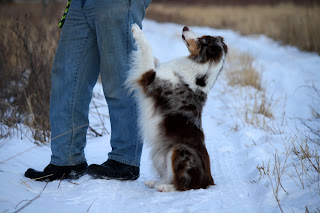